The CDC reported that seasonal flu is in full swing, with all regions of the US having elevated ILI and flu activity continues to increase.  Most of the current flu activity is caused by Influenza B/Victoria which more typically occurs toward the end of the flu season.  A(H1N1) is the next most common and seems to be increasing compared to the other flu viruses, followed by A(H3N2) with a much smaller share.  The CDC estimated that at this point in the season, there have been at least 2.6 million sick with flu, 23,000 hospitalizations, and 1,300 deaths. Influenza-like illness (ILI) is defined as a temperature at/above 100o F [37.8o C] and cough and/or sore throat without a known cause other than flu.  A Flu case, that is included in CDC data, indicates a positive flu test read by either a Clinical or Public Health Lab.

Diagnosed Flu and ILI are expected to continue to increase over the next few weeks and flu activity is likely to persist for several more months. It is recommended by public health officials & health care providers that for all those 6 months or older, flu vaccinations should be completed ASAP unless they have a valid medical contraindication. Most will receive a vaccination that covers 4 strains of influenza.

The severity of Flu & ILI for this season, as well as which viruses will ultimately dominate, is still too early to identify, but there are hints that this season may be more severe than many, since most recent seasons have hit the national threshold for ILI typically between weeks #48 and #50, but this season hit the threshold at week #45.  As more data is collected by the CDC further into the season, its severity and other report components will be included in this Summary.

For the most recently reported week ending December 7, 2019, the CDC reported:

–ILI visits to clinics and other non-hospital facilities was at 3.2%, lower than last week’s 3.5% and above the national baseline of 2.4%, but the decrease may be due to less patients going to health care providers during Thanksgiving week.  The regional range was between 1.8% and 5.7% for Week #49.  All ten regions reported that outpatient visits for ILI were at/above their own regional baselines.

–Flu cases, documented by positive flu tests from Clinical Labs, showed that 11.3% of respiratory specimens tested for influenza were positive, which is higher than last week’s report of 10.2%.

— For this reporting period, viewed nationally, influenza B/Victoria viruses were reported more frequently than influenza A(H1N1)pdm09 and, even less reported were influenza A(H3N2) viruses. There were significantly more influenza B than A and an even greater difference between H1N1 than H3N2. The predominant strain varied by region and patient age.  To access specific state and regional information on circulating flu viruses, please see:  https://gis.cdc.gov/grasp/fluview/fluportaldashboard.html

—Clinical Labs, which test many specimens to determine whether flu cases are increasing, decreasing, or staying stable, as well as a simple breakdown of A and B flu percentages, reported that there were 11.3% positive flu specimens with 68.5% influenza B and 31.5% influenza A.

—Public Health Labs report data which has a more limited number of specimens but provides a more specific breakdown of specific flu virus strains.  Influenza B was detected at 55.2% and Influenza A at 44.8%.  Further breakdown revealed that Influenza B showed 97.5% Victoria lineage and 2.5% Yamagata, while H1N1 is the dominant A with 83.7% with H3N2 at 16.3%.  Influenza B viruses are typically seen in greater numbers nearer the end of the flu season rather than the beginning and may be a tougher flu for children.

Death rates for pneumonia & influenza in adults:  from data as of 12/12/19, 5% of adult deaths during week #48 (ending 11/30) were associated with influenza and pneumonia.  This is below the epidemic threshold of 6.5% for that week.  This data reporting typically lags a week or more behind the reporting week.

Four (4) pediatric death associated with influenza was reported during week #49; one of them was from week #47, making a total of 10 flu-associated pediatric deaths for the 2019-20 Flu Season.  Six (6) of the cases were influenza B with three (3) from B/Victoria and four (4) were typed as influenza A.

Influenza activity continued to increase across Europe with some countries reporting increased intensity and spread, although most still reported rates at or below baseline.  For the third week in a row, specimens tested positive for flu for those going to sentinel PCPs for ILI and ARI at greater than 10%.  The majority of flu cases were from Influenza A, although six (6) countries reported more cases of influenza B, and two (2) more countries reported dominance of both A and B.  Data from 23 countries/regions reported mortality from all causes were at expected levels for this time of year. 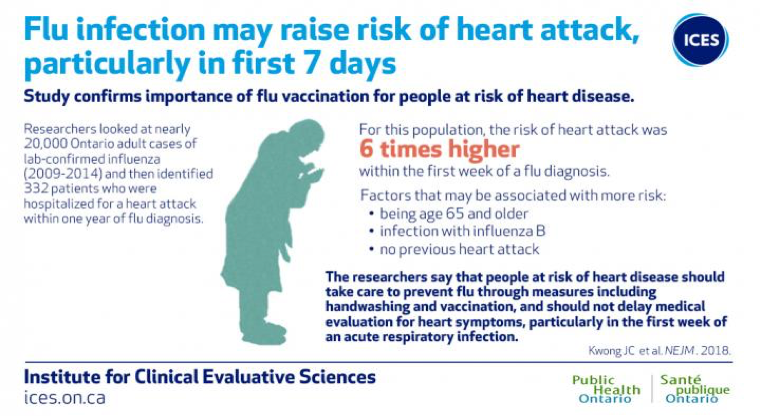 This Paramedic Chiefs of Canada (PCC) webinar is presented in conjunction with the International Academies of Emergency Dispatch (IAED),... read more

For week #05 (ending 2-2-19) the CDC reported that Influenza (Flu) activity, which includes diagnosed flu as well as ILI... read more

Download PDF  The CDC has posted recommendations for Hospitalized patients suspected or known to have the Ebola virus. View... read more

IN THE NEWS The CDC is investigating a surge in cases of Acute Flaccid Myelitis (AFM) for 2018 and reported... read more

For week #04 (ending 1-26-19) the CDC reported that Influenza (Flu) activity, which includes diagnosed flu as well as ILI... read more

Reports of Influenza Activity in the US Was Increasingly Elevated

FirstWatch is proud to host the Paramedic Chiefs of Canada webinars. In their latest webinar, they discuss Opioids and... read more